American author Lauren Weisberger has been awarded a Gold Bestseller Award, having sold over​ 750,000​ copies of The Devil Wears Prada in the UK.

After graduating from Cornell University and spending a year travelling the world, Lauren Weisberger worked as the Assistant to the Editor-in-Chief of Vogue, Anna Wintour. Weisberger left Vogue to write for Departures magazine and study writing courses at night. Her debut novel, the Devil Wears Prada, began life as a series of essays, recording anecdotes of her time at Vogue. After adapting her non-fiction writing into a fictional novel, the book was​ first published in 2003. It proved to be a runaway success, and has now sold over three quarters of a million copies in the UK alone​.​

In 2006, Weisberger’s novel was made into a major motion picture by Fox 2000 starring Meryl Stree​p, Anne Hathaway, and Emily Blunt. Last year, it was announced that Elton John and Paul Rudnick will be writing the Broadway-bound musical adaptation of The Devil Wears Prada. The success and popularity of Weisberger’s book continues, well over a decade ​after ​its initial publication. 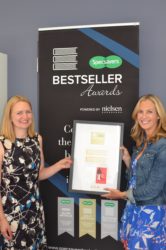 Lauren Weisberger was presented her Gold Specsavers Bestseller Award, powered by Nielsen, at HarperCollins ​London Bridge office on the 9th July 2018. Weisberger is in the UK to launch her latest book, The Wives, which will be released on the 12th July  (When Life Gives you Lululemons in the US). 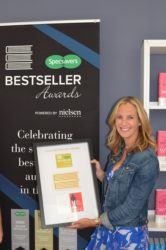