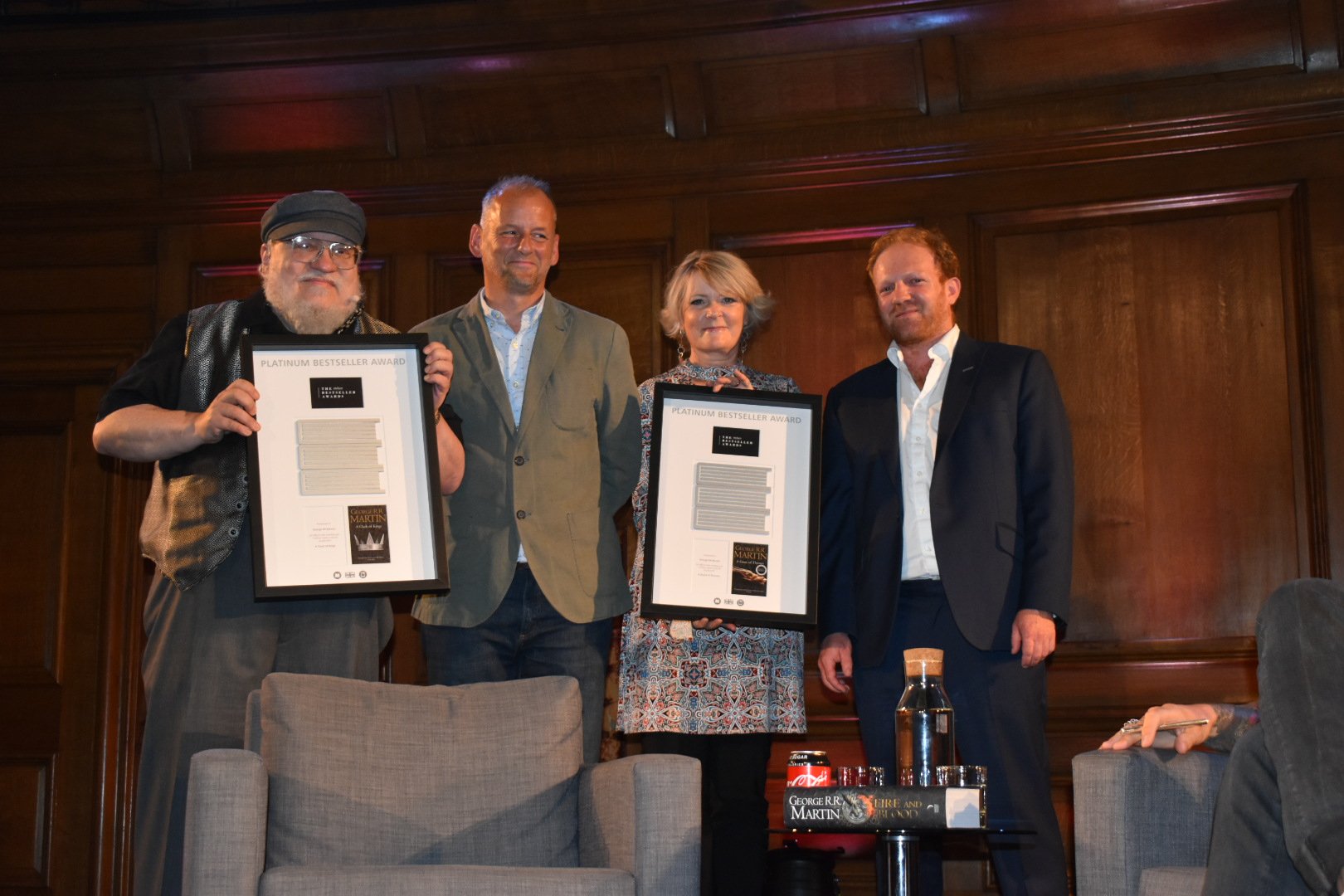 George R.R. Martin made a rare appearance in London last night (8 August 2019) answering questions from historian Dan Jones, in front of an audience of over 1000 guests at The Emanuel Centre, Marsham Street.

The event was managed by HarperCollins UK and Waterstones with over 500 signed copies of his latest book Fire and Blood sold.

At the start of the event the author was presented with two Nielsen Platinum Bestseller Award trophies for A Game of Thrones and A Clash of Kings.

The first two of his seven published books in the A Song of Ice and Fire series have both sold over a million copies in the UK across all editions. He is now one of only seventeen authors this century with more than one title in the 21st Century Platinum Hall of Fame. 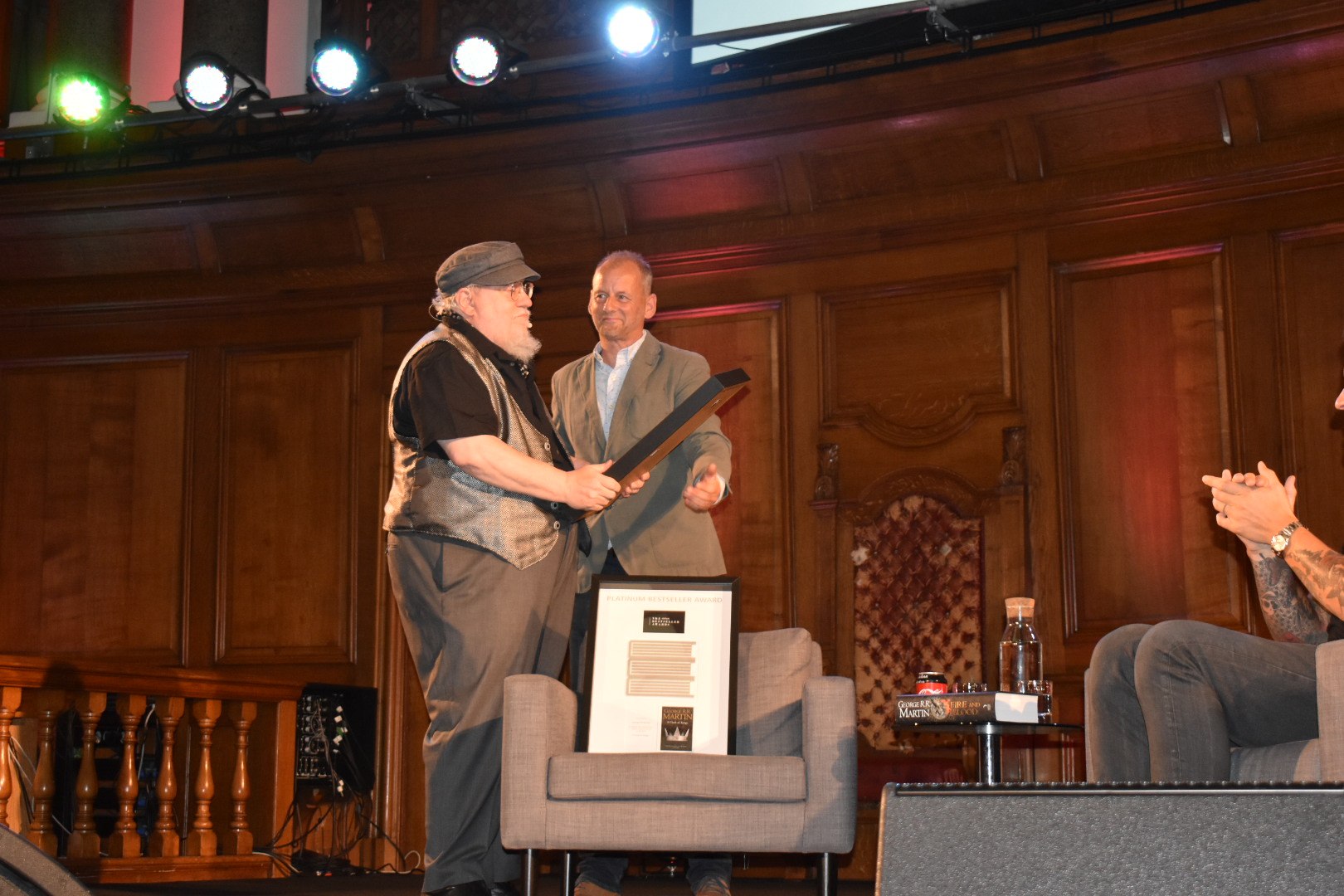